The Return Of Aristide And Haiti’s Future 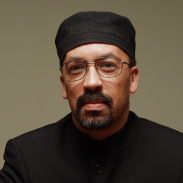 It happened on March 18th. After more than seven years, the democratically elected—yet ousted—president of Haiti, Jean-Bertrand Aristide returned home. Accompanied by his family as well as allies, such as actor/activist Danny Glove,r and noted journalist Amy Goodman, he returned to, in his words, make a modest contribution to Haiti.

Aristide returned immediately prior to a runoff presidential election between two individuals, a former first lady and an entertainer, that has about as much legitimacy as a crap game with shaved dice. Haiti, the victim of a U.S.-supported coup in 2004 against Aristide, followed by occupations and a disappointing administration of Rene Preval, was not permitted to have a truly democratic election for president. The proof? Neither former President Aristide nor his party (Fanmi Lavalas) was permitted to participate in the election. Permitted by who? At the end of the day, by the U.S.A. Had George Bush still been the President of the United States, I would have understood such a position, even while objecting. But, Bush is long gone and his successor, President Obama, not only refused to permit the participation of Fanmi Lavalas in the recent elections, but made its objections to the return of Aristide as clear as the beautiful blue of the Caribbean Sea.


Aristide, a former priest turned leader of the Haitian people, was overthrown twice by the forces that wanted to turn back the clock in Haiti. First in 1991 and later in 2004, Aristide was militarily ousted. In 2004 the Bush administration attempted to argue that Aristide had voluntarily left Haiti, but the facts disputed this tale.

From March 2004 until just this past March 18th, Aristide was kept in exile. For most of that time he resided in South Africa, but despite repeated requests to return to Haiti, he was refused. Finally, with the support of the South African government, Aristide flew home.

Danny Glover described the welcome that Aristide received in deeply emotional terms. Thousands of people, he told me, were there to not only meet and greet President Aristide, but to accompany him on foot as he was driven to his compound. Not only did they provide a, literally, massive bodyguard to ensure his security as he left the airport, but they surrounded his home over much of the night.

Aristide’s return presents many questions regarding the future of Haiti. Aristide remains the most popular leader in Haiti and his party, despite myriad of internal problems, remains the most significant and grounded force in the country. In other words, Haiti will never have democracy without the full and unimpeded involvement of Aristide and Fanmi Lavalas.

Haiti’s future depends as much on Aristide’s decisions and the re-emergence of Fanmi Lavalas as it does on the attitude of the Obama administration. The Obama administration has yet to explain its opposition to the return of Aristide. It has yet to explain why it apparently did everything that it could to discourage the South African government from permitting Aristide’s exodus.

The logical explanation is that Aristide’s return would disrupt the plans of the U.S. elite—as continued by the Obama administration—to put into place a puppet regime in Haiti. The U.S.A. has little strategic or economic interest in Haiti but it most certainly has an interest in ensuring that the example of a truly independent Haiti does not resonate.

In listening to Danny Glover’s description of Aristide’s return, my sense is that the Haitian people have no intention of allowing their future to be left in the hands of the U.S.A., whether in the form of the former Bush administration or today’s Obama administration.

Bill Fletcher, Jr. is a Senior Scholar with the Institute for Policy Studies, the immediate past president of TransAfrica Forum.
Posted by Paul B at 11:10 AM

Obama -- where are you? So disappointed in your continuing Bush's policies. Dorothy K Sacramento CA