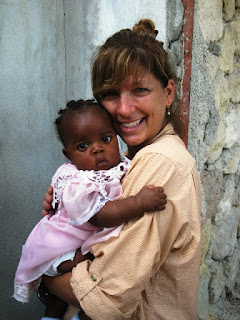 Rioting didn't stop Leisa Faulkner from her mission of delivering antibiotics to a Port-au-Prince orphanage Wednesday.

It simply took longer and required detours around angry mobs and burning barricades of tires and rubble – and the help of a card emblazoned with a red cross.

"We never fail, like the Pony Express," said an exhausted Faulkner by phone from Port-au-Prince.

She was planning to leave Saturday until the country erupted in violence over its turbulent presidential elections. "Is the airport open? I don't know when I'll be able to leave," she said.

Faulkner made her first trip to Haiti in 2004 to serve as a human shield for supporters of then-overthrown President Jean-Bertrand Aristide.

This is her 16th trip to the country, now working with Children's Hope – an organization she founded to lead teams of volunteers to Haiti with medical supplies. 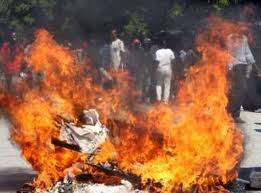