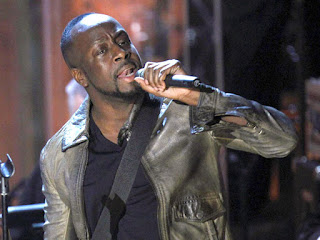 Joseph Brean, National Post
Sunday, Jul. 25, 2010
Hip-hop star Wyclef Jean is set to announce his candidacy for president of Haiti, according to a report in an Ottawa-Gatineau newspaper.

Citing "a source close to the government" in Port-au-Prince, Le Droit reported that Mr. Jean is only waiting for paperwork to be finalized by next week's deadline.

The current president, René Préval, is barred by Haiti's laws from seeking a third term.

Polls set for February and March were cancelled by the earthquake that devastated the country on January 12. They will now be held November 28.

When he announced the election last month, Mr. Preval rejected the formal recommendations of a U.S. Senator, Richard Lugar, that the eight-member Provisional Electoral Council be disbanded due to corruption, and that the banned party of exiled former president Jean-Bertrand Aristide, Fanmi Lavalas, be allowed to sponsor candidates.

Mr. Jean, who fronted the hip-hop group The Fugees before taking on a solo career, emigrated from Haiti as a child and grew up in New York and New Jersey.

Since 2005 when he founded his Yéle Haiti Foundation, and especially since the earthquake, Mr. Jean has been heavily involved in Haitian philanthropy, focused on education and scholarships.

In an article for the U.K.'s Daily Mirror this weekend, he wrote: "Haiti still needs our help - more than ever. People around the world made lots of promises, and we want those promises to be kept. My wife Claudinette and I are passionate about rebuilding Haiti. We've seen the situation with our own

eyes, and we've been listening to others."

"Rebuilding has been delayed by land disputes, bureaucratic roadblocks, customs problems, differences of opinion about strategy and even delays in getting the actual pledged money to Haiti," he wrote. "I'm a warrior and can't stand by quietly while promises aren't kept. I won't ever surrender."

On Friday, as Mr. Jean rang the opening bell at New York's Nasdaq stock exchange, not long after posting an online message: "Just to Clear up the rumors I have not announced to the Press that I'm Running for President of Haiti."

Later that day, in an interview with Fox Business, he was asked if he would run and said, "I would say right now, currently at this minute, no."

A spokesperson for the Yéle Haiti Foundation told the Canadian Press yesterday that she had no comment, and that "we don't have anything definitive on our end, so if anything were to change, I'm sure a press release would be issued."

Read more: http://www.nationalpost.com/news/Wyclef+Jean+Haitian+presidency+report/3321587/story.html#ixzz0ulvhfxLq
Posted by Paul B at 12:49 AM