[Editor's Note: On behalf of the greater Sacramento community and Kings fans everywhere, Children's Hope would like to congratulate new Kings center Samuel Dalembert on winning the prestigious Mannie Jackson Human Spirit Award and to welcome Mr. Dalembert to his new team and to our community. As Kings fans we are very happy that Samuel Dalembert's defensive presence in the post will help our team fill a desperate need. More importantly, as his new neighbors we are thrilled to bring to our town a true humanitarian and a genuine role model for the youth of our community. A hearty welcome to our new neighbor, Samuel Dalembert... many hands make the burden lighter. -- Paul B] 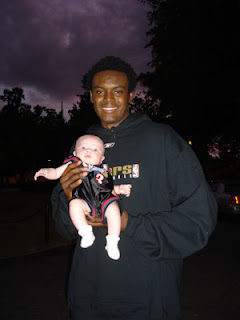 New Kings center Samuel Dalembert was one of three winners of the Mannie Jackson - Basketball's Human Spirit Award by the Naismith Memorial Basketball Hall of Fame.

The award is presented to those "who have honored the game of basketball by virtue of their personal growth and life-long accomplishments," said John L. Doleva, President and CEO of the Basketball Hall of Fame.

Dalembert was recognized for his charitable work in his homeland of Haiti.

Dalembert is the UNICEF national ambassador for Haiti. He has donated more than $125,000 for relief efforts following January's earthquake.

Dalembert was acquired in a trade with Philadelphia this month. He started the Samuel Dalembert Foundation in 2007, which looks to improve the quality of life in Haiti.

Dalembert is also an active in the NBA Cares program and has worked with Basketball Without Borders...

Read more: http://blogs.sacbee.com/sports/kings/archives/2010/06/dalembert-honor.html#ixzz0ujXeWeuL
Posted by Paul B at 2:58 PM