Children's Hope is going to Haiti this Saturday

Torrents of water wash through tent camps that are too steadily turning into tent cities (yesterday's Sacramento Bee tells stories too sad to repeat). In Haiti, the rainy season doesn't care that January's quake took the lives of so many, and left over a million and a half people homeless. The rain keeps coming...and we are going back for a third time since the quake, toting tarps, tents and slickers.

Needs are changing a bit, though the need for pledges remains steady.

Sanitation is a huge concern. One doctor told me that almost every woman he sees has a yeast infection. Antibiotics are running low as many medical teams leave and fewer and fewer teams come in with meds.

I am very pleased to say though, that Children's Hope received a donation of 15 thousand bottles of cleanser and sanitizer that just left to make their way from San Jose, CA to Port au Prince, Haiti, thanks to some very generous folks from LSC in San Diego. The community of Fort Bragg alone raised enough money to pay for half of the medicine we will carry. A kind hearted soul from Switzerland convinced his company to match funds for Children's Hope...boy scouts in Sacramento were seen at a local bank cashing in pennies that were traded in for a check to Children's Hope work in Haiti; four classes drew pictures and wrote letters to children trying to find a new life in tent cities. The Sacramento area has made us proud!

A little preview of this trip: Five of us will go. One member of our team this week is an amputee physical therapist, and we will be scouting out sites to donate amputee rehab services. We also have a connection with a child trafficking group based in Haiti with roots in Sacramento that we are teaming up with. We will hand carry medical supplies to 3Angels orphanage, Sopudep school, The Lamp clinic and its two satellite clinics, Matthew25 House and Rea Dol's tent city camps off of Delmas. Please watch for journals over the next three weeks for a follow-up on these projects. We never really know where these trips lead us...the stories change...the people never do - they constantly inspire us to aspire to their strength and resiliency.

Thank you for allowing us to continue to carry your support to Haiti.

Every team member pays their own way, and donates all their time (and heart and soul) into each trip...but we couldn't go, unless we had pledges to pay for medical and school needs, medicines and supplies. Thank you for always rising to the need.

This trip, as we sort through various donations, though...we still are completely lacking in children's vitamins, prenatal vitamins, children's tylenol and infant tylenol drops...adult tylenol and advil will also have to be purchased. If you haven't had the opportunity to pledge a donation in the past, or if you know a friend who has been looking for a way to help, please pass this email along.

Watch for more updates this week.

If you need to speak to me, please text me at the number below...my voice mail is too impacted to be useful, sorry.

peace, always and all ways, leisa

PS.
I have had a special request for condoms and pregnancy tests...if anyone has a source for those...they are desperately needed.

Interviews with Peter Hallward on Haiti & the Earthquake Response 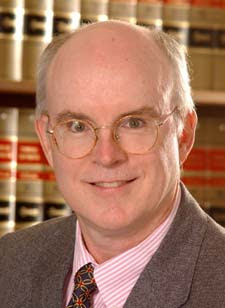 On March 9 and 10, there will be a Haiti conference in Miami for private military and security companies to showcase their services to governments and non-governmental organizations (NGOs) working in the earthquake devastated country.

On their website for the Haiti conference, the trade group IPOA (ironically called the International Peace Operations Association until recently) lists eleven companies advertising security services explicitly for Haiti. Even though guns are illegal to buy or sell in Haiti, many companies brag of their heavy duty military experience.

Triple Canopy, a private military company with extensive security operations in Iraq and Israel, is advertising for business in Haiti. According to human rights activist and investigative reporter Jeremy Scahill, Triple Canopy took over the Xe/Blackwater security contract in Iraq in 2009. Scahill reports on a number of bloody incidents involving Triple Canopy including one where a team leader told his group, "I want to kill somebody today...because I am going on vacation tomorrow."

Another company seeking work is EODT Technology which promises in its ad that its personnel are licensed to carry weapons in Haiti. EODT has worked in Afghanistan since 2004 and provides security for the Canadian Embassy in South Africa. On their website they promise a wide range of security services including force protection, guard services, port security, surveillance, and counter IED response services.

A retired CIA special operations officer founded another company, Overseas Security & Strategic Information, also advertising with IPOA for security business in Haiti. The company website says they have a "cadre of US personnel" who served in Special Forces, Delta Force and SEALS and they state many of their security personnel are former South African military and police.

Patrick Elie, the former Minister of Defence in Haiti, told Anthony Fenton of the Inter Press Service that "these guys are like vultures coming to grab the loot over this disaster, and probably money that might have been injected into the Haitian economy is just going to be grabbed by these companies and I'm sure they are not the only these mercenary companies but also other companies like Haliburton or these other ones that always come on the heels of the troops."

Naomi Klein, world renowned author of The Shock Doctrine, has criticized the militarization of the response to the earthquake and the presence of "disaster capitalists" swooping into Haiti. The high priority placed on security by the U.S. and NGOs is wrong, she told Newsweek. "Aid should be prioritized over security. Any aid agency that's afraid of Haitians should get out of Haiti."

Security is a necessity for the development of human rights. But outsourcing security to private military contractors has not proven beneficial in the U.S. or any other country. Recently, U.S. Representative Jan Schakowsky(IL) and U.S. Senator Bernie Sanders (VT) introduced bills titled "Stop Outsourcing Security" to phase out private military contractors in response to the many reports of waste, fraud and human rights abuse.

Human rights organizations have long challenged the growth in private security contractors in part because governments have failed to establish effective systems for requiring them to be transparent and for holding them accountable.

The U.S. has prosecuted hardly any of the human rights abuses reported against private military contractors. Amnesty International has reviewed the code of conduct adopted by the IPOA and found it inadequate in which compliance with international human rights standards are not adequately addressed.

This is yet another example of what the world saw after Katrina. Private security forces, including Blackwater, also descended on the U.S. gulf coast after Katrina grabbing millions of dollars in contracts.

Contractors like these soak up much needed money which could instead go for job creation or humanitarian and rebuilding assistance. Haiti certainly does not need this kind of U.S. business.

In a final bit of irony, the IPOA, according to the Institute for Southern Studies, promises that all profits from the event will be donated to the Clinton-Bush Haiti relief fund.
Bill Quigley is Legal Director at the Center for Constitutional Rights and a law professor at Loyola University New Orleans. He is a Katrina survivor and has been active in human rights in Haiti for years with the Institute for Justice and Democracy in Haiti. Quigley77@gmail.com
Posted by Paul B at 4:59 PM No comments: